Showing posts from August, 2020
Show All

A MATCH MADE IN HELL (KEEP BJ SIFRIT BEHIND BARS)

The subject of M. William Phelps’ magnificent true crime book CRUEL DEATH; Erika and Benjamin (BJ) Sifrit were a match made in Hell. BJ was a thuggish, violent, ill-tempered bully while Erika was a highly strung, compulsive nervous wreck riddled with anxiety. There is an argument made in Phelps’ book that if these two had never met, they may never had descended into the chaotic and murderous events that would eventually get them locked up. It would seem that the love that these two had for one another was a ticking time bomb just waiting to explode on the unfortunate souls that they would encounter in their search for the ultimate thrill. Married within a couple months — The Sifrits Like a 21st Century Starkweather/Fugate — these two had a love that killed. It was a week of murder and robbery for this married couple that would ultimately lead to their eventual arrest, trial and sentencing — because of the gravity of their crimes Erika and BJ deserve to rot in their jail cell forever.
Post a comment
Read more 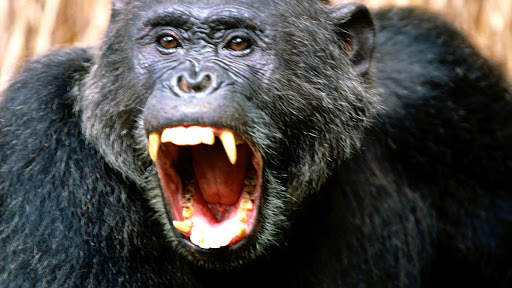 CHIMP WARS: How Two Societies of Chimpanzees Engaged in a Four-Year Civil War Initially observed by famous researcher Jane Goodall in the 1970s. The true story of the Chimpanzee wars revealed a huge anthropological finding in our own human ability for societies to splinter and separate. The story goes that a tribe of Chimpanzees engaged in war during a societal split; when a large party of the tribe mutinied and separated. This caused a four-year war over territory and resources between the great apes. The GOMBE WAR reveals an inner truth about our own human propensity for genocide and bloodshed. It is regrettable that since colonial independence Africa as a continent has been subject to many civil wars including the horrors of the Congo, Rwanda, Zimbabwe, Angola and Libya. However; the Gombe War is the strangest African war that you will read; it is a key piece in the puzzle of human creation — it is a story that is 10 million years in the making. The setting was the Gombe Stream Nat
Post a comment
Read more
More posts