The release of No Time to Die is due soon (despite the various delays) and what with this being Daniel Craig’s last outing there has been much speculation on the next James Bond to fill Craig’s tuxedo.

While rumors of a female or black Bond had surfaced all the way back to Brosnan’s era, it is worth asking if this change is in line with the characterization of Bond or simply pandering to society?

Ian Fleming created the character of Bond in 1952 as a means of coping with his first marriage and an impending midlife crisis. Fleming himself was born to an aristocratic family in 1908 and created Bond in reaction to the disintegration of the Colonial British Empire and a thirst for adventure. Bond is meant to be a stuffy white shirt facing a changing world.

Be warned that if you haven’t read Fleming’s novels and wish to explore them, while the prose and plot are fantastic, you should know that you are not reading progressive, open-minded literature. You are reading the meanderings of a bigoted aristocrat speaking through his creation. The first James Bond novel is very much a product of its time with hideous quotes like the one below:

Fleming is excessive in his use of slurs towards ethnic minorities and women and while there is no defense for this kind of thinking, it serves the purpose of both the character and the world in which he inhabits. Ian Fleming himself was a man of exquisite tastes and refined characteristics (a boorish snob as described by Sean Connery). But that is the point of Bond’s character.

The movie franchise has done well to keep Bond up to date with the changing times and this is one of the reasons why they still enjoy such a tremendous and unprecedented success. When the Cold War ended — so did many of the common Bond tropes, they have reimagined and revitalized a character deemed a ‘dinosaur’ and moribund on many occasions.

The films embraced the sexual revolution in the 60s, the Blaxploitation era in the 70s and the high-tech of the 80s and 90s. However, what the films have still managed to do during this time is keep Bond stoic, pragmatic and at times, self-admittedly, backwards thinking. Bond’s bigotry is not there to show the opinions and feelings of the filmmakers, it is there to show a crumbling empire struggling to adapt to a changing world and to add depth to the character.

Therefore, it would not serve the purposes of the franchise to pander to excessively liberal sensibilities and diversify the character — Bond is not a character that needs diversifying.

Bond needs to keep his historical genesis and remain grounded within the essence of the post-Empire world in which he was created — and while some of the thoughts and feelings of his creator are unacceptable — the irony of the fish out of water world which Bond finds himself is just great plotting and adds depth to his persona. Bond is a man that struggles to embrace change in a world changing around him. James Bond is so much more than a man with a gun that kills foreign enemies, he is a three dimensional person with many quirks and personal taste that go far beyond a shaken Martini.

Idris Elba was linked to the role numerous times over the years and Idris Elba is a fantastic actor and charming character that would bring much vigor to the role.

However, the Bond described in Fleming’s novels was a character of blue-grey eyes and being born of old English money and Idris does not fit the part. That being said, Idris Elba is a remarkable actor and his performance in The Wire is one of the greatest in television history. Hence why he is more than deserving of his own franchise.

The most effective way for the film industry to diversify and represent differing demographics is to create new and exciting characters.

The idea of a female “Jane Bond” is cringe-induced, and simply piggy-backing calls for liberalization, whereas an entirely new character which may represent the unpresented in high octane action movies is both exciting, liberating and challenging. Those demographics that may feel unrepresented in the action genre need to branch off and create fresh characters with fresh ideas.

In the same way that you wouldn’t cast a white Shaft or a white Black Panther or in the same way that you wouldn’t case a female Harry Potter (named Henrietta Potter) — Bond is what he is and there should be no need to diversify the character unnecessarily, the real art will come from creating new characters to represent an unrepresented demographic (and there are many in films).

Why not have a female villain as a mainstay? A black villain? Why change the main character when you can tinker with the world around them?

The best thing that the franchise is doing now is giving Bond kick-ass partners with many diverse backgrounds — if we could spin those characters off, it would be fantastic.

Although — he does wears that tux so well, perhaps I’m wrong?

Popular posts from this blog

A Real-Life Fatal Attraction — SHEILA DAVALLOO The murder of a love rival, a ‘sex’-game gone wrong, an attempted murder plot and a fatal attraction. The real-life story of Sheila Davalloo is almost as bat-shit as she is. Murderess Sheila Davalloo It all started with a workplace romance between Sheila and her handsome colleague Nelson Sessler and it ended in the brutal murder of Anna-Lisa Raymundo — Sheila's love rival and Nelson’s fiancée.  This is a true story that is Shakespearean in nature with its age-old themes of jealousy, hatred, love and vengeance. Sheila is an Iranian/American murderess currently serving her time in Bedford Hills, Connecticut. At the time of the slayings Sheila was a pharma researcher with a seemingly perfect life — as cliché as that may sound. Sheila was happily married to Paul Christos, she had an excellent career as a research scientist for Purdue Pharma and her husband Paul was studying for his own doctorate in epidemiology. They were a new family ta
Read more 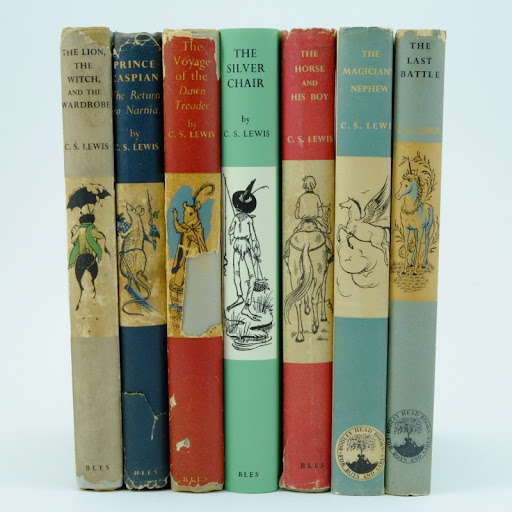 People go missing whenever Dad’s around. I can’t explain it. They just disappear. Mum disappeared. Greg disappeared. And now Stephanie has disappeared. What’s the latest caper? I’ve not been out of prison one week and I am sitting in the back of his car and he’s handing me an envelope with a map inside. It’s one of those safe storage centres. There’s a few brands around: Big Yellow Storage – the print out said.   He tells me that he knows someone that made off with all these precious First Edition Books in a murder/house-robbery and he’s got them stored in one of those big storage centres. “Books?” I say, “you can’t even read.” Never learned how to read. Never saw the need to. That’s why I was holding the map to the storage centre. “Someone tells me you get these books, they’re classics, almost 90 years old. They sell for about twenty thousand pounds a copy – that’s one book. You know Deacon? He managed to get inside a bookseller’s house. Made off with all these p
Read more 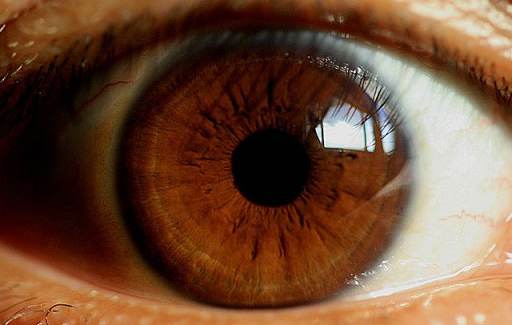 Every day for Brian begins and ends with the eye watching him – every day. It all started two weeks ago and it’s been relentless ever since. The eye is everywhere. When Brian’s at work the eye is watching him from inside his computer screen. Or staring at him reflecting off the coffee maker. The eye flames bright and big, its lashes are long and dark and it’s colour is the shade of brown. It’s especially bright when he’s with Helen. Like the eye knew all along. Helen doesn’t see the eye. Brian will be watching the television and the eye will shine through the screen and beam out towards Brian. “Do you see it?” Brian will say. “See what?” Helen will usually reply. It started on that night two weeks back when Brian drove down to the quarry. The eye was flashing across his windscreen and into his field of vision as he drove, he could barely see anything else. At first Brian thought it was the streetlights, but when he got off the major roads and down those country roads that don’t have an
Read more

THE WORST WOMAN ON EARTH

The first American female serial killer Lizzie Halliday THIN LIZZIE A cross-continental homicidal lunatic with a range of nefarious pseudonyms. Lizzie Halliday was  the   Catskill Ripper, the New York Ripper  and most famously  the Worst Woman on Earth [New York Times]. Halliday was born as Lizzie McNally in 1859 Ireland, born just a year before her namesake Lizzie Borden, she would go on to commit far worse crimes than the original Lizzie and garner less fame and attention. This is the story of the Irish American serial killer Lizzie Halliday. Lizzie terro r ized Hudson Valley, New York in the 1890s; just a few years after the gruesome Whitechapel murders started. Lizzie’s reign coinciding with both Jack the Ripper (Lizzie is sometimes listed as a suspect for these crimes) and Lizzie Borden — Halliday would generate less fame than the notorious Lizzie Borden but looking at the crimes, Lizzie was equally (if not more) bloodthirsty than her counterparts. Lizzie emigrated to the United
Read more 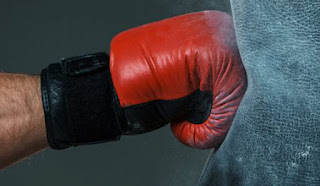 [ Author's note. This is the opening chapter for a planned 20 Chapter Novel about a boxer] FIGHT ONE Hamish was making his professional debut as a boxer. He didn’t look much like a Light Heavyweight; he was scrawny and bony but he was tall – six-five in fact and that made up a lot of his weight. Hamish couldn’t believe the words when he heard them back – HEAVYWEIGHT. Inevitably the word light was in front of the word heavy but it still rang out with an air of indestructibility. I am a (light) HEAVYWEIGHT. Under-estimation was the key and they were always underestimating Hamish. Even in the amateurs; they took one look at this skinny, tall gangly teenage boy with spots and braces and thought, this guy is in the wrong sport. And that happened – a lot. And then Hamish would go in there and one well executed punch could be felt right through you into your tip toes. Hamish only lost one fight as an amateur, and that was a disqualification from a clash of heads. But here he
Read more